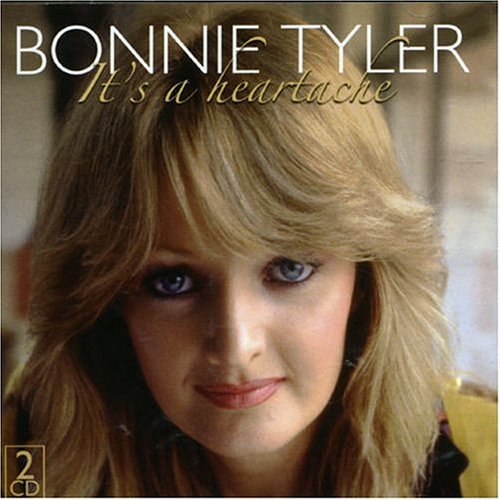 Wolfman Jack was born Robert Weston Smith, in Brooklyn, New York, on January 21, 1938. As a young teenager, he would listen to the radio in his home’s basement, where he pretended to be the DJ. His early influences were the DJ’s of his day like; Tommy Small, The Hound, and Jocko. At the age of 16, his love for radio grew as he listened daily to Alan Freed, the ultimate DJ of New York. One week, for several days, hoping to meet Freed, Smith positioned himself near the outside stage-door of the Paramount Theater, where Freed did major rock & roll stage shows. While hanging around outside the theater, Smith was noticed and received a big break, he not only met Freed, he also got a job as a "gofer" at the Paramount. Later, Smith attended the National Academy of Broadcasting in Washington D.C. While going to classes at night, by day, he supported himself as a door-to-door salesman. Although Smith was a high-school dropout, he graduated broadcasting school at the head of his class with an A average.

Smith’s first real radio job was at WYOU in Newport News, Virginia. It was here in 1960, he met the love of his life, Lucy “Lou” Lamb. They were married and quickly had two children. At WYOU, Smith did three shows with three different DJ personas; “Daddy Jules”, who played R&B, “Roger Gordon”, who played classical and “Big Smith with the Records”, who played the current hits.

In late 1961, Smith moved his family to Shreveport, Louisiana where he began working at KCIJ. Being a country music station, although Smith’s show was successful and had many listeners, he was looking for something different. It was in Shreveport that Bob Smith created the Wolfman Jack character and had the idea to get the new Wolfman Jack Show on the powerful Mexican radio station, XERF, a massive 250,000 watt station with a signal that covered all of North America. As a kid, back in Brooklyn, he used to listen to the Big X which played great music by day and at night basically catered to U.S. based preachers who preached religion and sold many different religious items. Wolfman thought he too could “sell stuff” and make as he said, “big money.” This unique station made tons of cash for the preachers and Smith wanted in on the action! Bob Smith got Wolfman Jack on XERF… and the legend was born! Wolfman Jack’s personality sent energy through the radio speakers and attracted the attention of millions of people all across North America. Wolfman’s mix of rowdy rock, verbal antics and raw rhythm & blues, began to make news. His national popularity grew as stories began to appear in “Time Magazine”, “Newsweek”, “Life Magazine”, and major city newspapers, all asking the same question; “Who is Wolfman Jack and where did he come from?”

In 1968, Smith, now living as Wolfman Jack 24/7, moved his family and business operations to Los Angeles. By this time, The Wolfman Jack Radio Show, had been on XERF for nearly 5 years and was now also on XERF’s popular 100,000 watt sister station, XERB, which covered the entire west coast of the U.S. Major music artists such as Todd Rundgren, Leon Russell, Freddie King and the Guess Who, all produced chart-topping hits written about the Wolfman. In early 1970, everything was going great for Wolfman. He was living in Beverly Hills, CA. His show was on two big stations, being heard all over the USA and was making lots of money. Maybe too much money, because in 1970, without warning, the Mexican Government took both XERF and XERB back and suddenly Wolfman Jack was off-the-air, without a job, or any regular income. This was financially devastating to him as he had recently bought an office building where he built a new studio. In desperation, Wolfman took a job at radio station KDAY in Los Angeles for a mere pittance of his former salary.

However, in 1972, his luck began to change when he was hired to be the announcer, interviewer and co-host of NBC-TV's late-night music series, “The Midnight Special.” Then, in 1973, George Lucas, who grew up in Northern California, as a fan listening to Wolfman’s show on XERB, cast Wolfman Jack in his classic film “American Graffiti”, which was a huge hit. As a gift, George Lucas gave Wolfman a small percentage of Graffiti’s profits. Because of the enormous popularity of the film, Wolfman left KDAY and for a brief time moved to New York and was on WNBC radio. He commuted twice a month to do The Midnight Special, but, the pressure was too stressful that he decided to quit WNBC and move back to his home in CA. He then formed his own distribution company and was the first radio DJ to nationally distribute his show. His distribution company, Audio Stimulation, distributed The Wolfman Jack Radio Show to over 2000 stations in 53 countries. Wolfman also made more than 87 television and film appearances.

On July 1, 1995, Wolfman Jack died of a heart attack at his home in Belvidere, North Carolina. That day, he finished broadcasting what would be his last Wolfman Jack Radio Show from The Hard Rock Cafe in Washington, D.C. He was very anxious to get home as he had been on the road for several days doing a promotional book tour for his new autobiography “Have Mercy.” After a flight from D.C. and a limousine ride from the airport, Wolfman was happy to be home. "He walked up the driveway, went inside the house and hugged his wife. Then he just fell down and was dead" said Lonnie Napier, former vice president of Wolfman Jack, Inc.

About 5 years after his death, Wolfman Jack Licensing was formed and began to digitize Wolfman’s radio show tapes. From Wolfman's vast, personal radio show tape archive, WJ Licensing has produced multiple digital original Wolfman Jack Shows that are currently being distributed to radio stations all over the USA and Internationally.

The Wolfman Jack Radio Show is still on the air, every night, somewhere in the world!

Wiseman
6:00am - 10:00am
Regular Programming
Request A Song
My Profile